by The Grand Candy 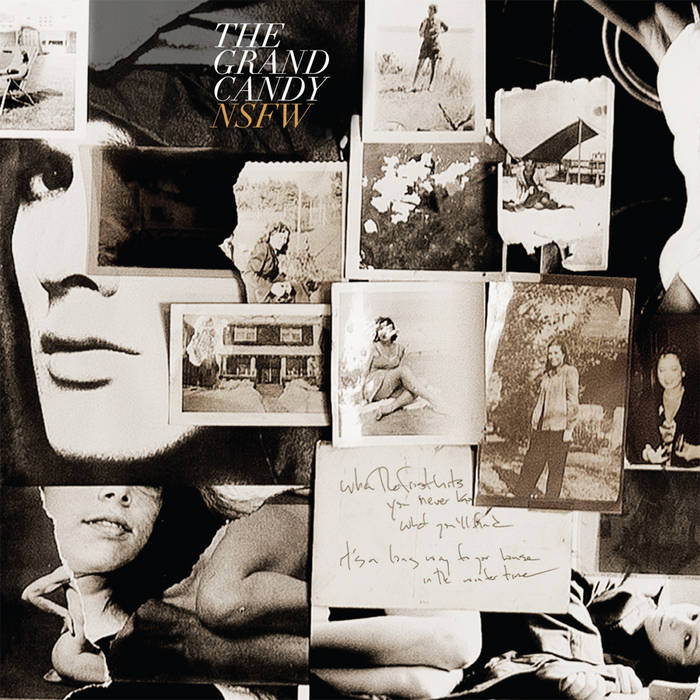 NSFW is the debut album from Arlington, Virginia based The Grand Candy. It was recorded at the famed Washington DC area Inner Ear Studios, and produced by the studio’s founder Don Zientara (Fugazi, Bad Brains, Bikini Kill).

"Today it's rare to find a new band that matches honest, close-to-the-bone rock 'n' roll with lyric intelligence. That's why The Grand Candy is such a refreshing find. Their debut album NSFW brims with gritty creative energy and speaks in an original voice."
- Ted Drozdowki, Guitar World

"[NSFW] has an offbeat, insanely inventive cast of songs that stretch from melodic folk and droney Nick Drake flavors, to touches of funk and flamenco. [Cohn] is a wordsmith to be reckoned with as he moves easily from lighthearted whimsy to darker subject matter. He challenges listeners in unconventional ways."
- Steve Morse (former Boston Globe critic, professor of Rock History at Berklee College of music)

Mixed by Don Zientara and Pluto, except 1 and 5 mixed by Marco Delmar at Recording Arts.

Recorded at Inner Ear Studios, Recording Arts, and The Bunker

Mastered by Jonathan Wyner at M-Works

With comparisons by the press to Dire Straits, Morphine, Chris Whitley and Elvis Costello, The Grand Candy are sure to be embraced by discerning music fans.

Candy frontman Dan ‘Pluto’ Cohn's songs have been roundly praised as ‘Original’ and ‘Masterful.’ The Washington Post’s ‘New Dylan’ comparison went so far as to suggest that Pluto’s classic songwriting hails from a different era. ... more

Bandcamp Daily  your guide to the world of Bandcamp